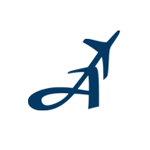 Provided the applicants comply with a specific set of requirements:

Conversion of an ICAO Annex I Compliant CPL

Future career aspirations determine the level of examinations one must pass.

If intending to work for an airline, all Part-FCL ATPL examinations in all 14 subjects must be passed. A course of theoretical knowledge instruction (min. 650 hours – NO reduction for the ICAO ATPL theory course) must be completed at an EASA Approved Training Organisation (ATO) prior to siting for the exams.

Fewer examinations are required for a lower level pilot licence (CPL, CPL/IR, etc.). We are happy to discussed and explain to you which suite of exams best suits your intended career path.

Flight Training and ELP
Flying experience: All requirements as set in the ‘Aircrew Regulation’ [refer to Annex 1, Appendix 3, Section E, para. 12, as amended], must be met.
The required flight training and testing, will be determined by our Head of Training, as well as the amount of training credit that is allowed to be used against the CPL modular flying course.

ELP: An EASA acceptable English Language Proficiency (ELP) assessment must be passed.
Note: the HCAA does NOT recognise ELP endorsements on ICAO licences.

Instrument Rating: To convert an ME/IR, our Head of Training will determine any credit against an IR modular flying course. If it is intended to do the IR on a multi-engine aeroplane, course hours may be credited if you have more than 100 hours flying experience on the relevant class of aeroplane. (IR(A)/SP/ME > 100 hrs for the grant of MEP Class & IR(A)/SP/ME)

Multi-Crew Co-operation (MCC): An MCC course has to be completed if intending to add a multi-pilot aircraft type rating to a CPL, in the future. This is a standalone modular course that can be completed anytime, provided a ME/IR on the Part-FCL CPL is held.
Note: It is NOT possible to recognise or provide credit for an ICAO MCC course.

Conversion of an ICAO Annex I Compliant ATPL

The following information assumes an applicant has NOT held or does NOT hold, a pilot licence issued by an EASA Member State.

If an applicant holds or have held an EASA Member State Part-FCL licence, the relevant Competent Authority that has issued the licence, must be contacted for further guidance.

Direct swap when converting the ICAO ATPL
There is NO automatic conversion of an ICAO Annex I compliant ATPL to an EU Part-FCL ATPL. However, there are training credits which may be given to the holder of an equivalent Non-Part FCL licence, towards meeting the Part-FCL licence requirements.

How to convert the ICAO ATPL into an EU Part-FCL ATPL
Medical: A valid EASA Part-MED Class 1 Medical Certificate must be held.
Important Note: Under the EASA Part-FCL regulations, the location of the medical records dictates the State to which a licence issue application MUST be submitted, regardless of in which EU State(s) any or all subsequent requirements are completed.

If an applicant -specifically- wants an HCAA-issued EASA Part-FCL licence, and assuming that an EASA Part-MED (or JAR-FCL) medical certificate has NOT been previously issued by another EASA Member State, an initial Class 1 medical examination must be successfully completed at an EASA approved AeroMedical Centre (AeMC). There are two such AeMCs in Greece:

Applicants currently holding an EASA Medical: If an applicant already holds an EASA Part-MED (or JAR-FCL) Medical Certificate, before applying to the HCAA, a coordination must take place with the relevant Competent Authority that has issued the certificate.

Applicants having previously held an EASA Medical:If an applicant has previously held an EU Part-MED (or JAR-FCL) medical certificate of any Class, issued by another EASA Member State, other than the HCAA, then the medical records are deemed to be held by that State, The applicant must, either:

Important Note: The medical medical matters must be sorted out first!

Moreover, AEOLUS Aviation Academy would strongly recommend that any outstanding medical record/certificate issues are completed and sorted out before the commencement of any training, and particularly before parting with any substantial sum of money.

Flying Experience: Evidence must be provided of meeting the requirements for the issue of an ATPL in the relevant aircraft category as set out in Subpart F of Annex I to Regulation (EU) No 1178/2011 and a valid type rating must be held for the relevant type on the ICAO ATPL(A).

Demonstration of Required Skill
An ATPL skill test must be passed on a relevant multi-pilot aeroplane type (e.g. A320, B787, ATR, etc.) with an authorised and designated EASA Part-FCL certified Examiner (TRE or SFE) in an EASA qualified FSTD. EASA maintains a Database of EASA FSTDs.
Note: the EASA FSTD tab shows simulators located outside of the EU; while the NAA FSTD tab shows simulators located within the EU.

Conversion of a Third Country PPL

Regulation (EU) 2020/723, article 9, sets out the conditions for conversion of licences, but basically the authority may convert a licence for the relevant aircraft category into a PPL, a BPL or an SPL, where the original licence is issued in compliance with the requirements of Annex I to the Chicago Convention by a third country and the licence is:

An ATO or DTO, as applicable, must be chosen to obtain further guidance and assistance. Nonetheless, the holder of the licence to be converted shall comply with the following minimum requirements for the relevant aircraft category: 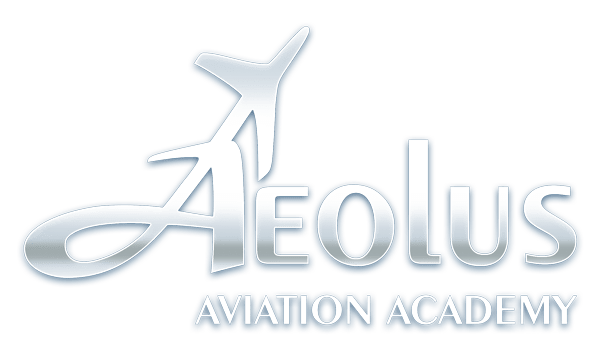